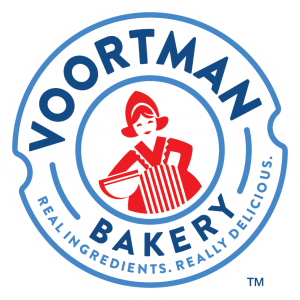 Cookies might seem like a warm and cozy business to be in but—just to borrow from an old saying—it can get awfully hot in the kitchen. Packaged cookies are actually an $8.2 billion segment, according to the latest data from Chicago-based research firm IRI, and competition is fierce. Household names like Keebler, Pepperidge Farm and Little Debbie dominate the store shelves. The mighty Mondelez alone—which makes Chips Ahoy and Oreo—controls nearly 40 percent of the segment. Even the humble Girl Scouts who come to your door in green uniforms and pigtails ship some $700 million worth of cookies a year.

While mega brands like these duke it out for market share, smaller brands like Voortman have flown under the radar. Founded in Canada in 1951 and best known for its signature Dutch “Windmill” cookies, Voortman has been doing a steady, if not quite mammoth, business for decades, selling its popularly-priced cookies in 30,000 retail locations across America including chains like Kroger, Publix and Sav A Lot. For the 52 weeks prior to Feb. 19, Voortman’s sales came in at a bit over $103.9 million, per IRI.

But if the company has its way, Voortman is preparing to take a bigger bite out of the market—or at least generate greater awareness of itself. The 66-year-old brand is in the midst of a major relaunch that will feature new cookie varieties, new packaging and an all-natural positioning that it hopes will appeal to an increasingly ingredient-conscious public.

The brand is also paying attention to marketing. And that, says marketing vp (and recent hire) Ken Cross, is something of a first.

“Historically, they didn’t have a marketing department,” Cross said. “Voortman has grown into a large-sized business … but it didn’t stand for anything in particular.”

The brand overhaul comes a little more than a year after private equity firm Swander Pace Capital acquired a majority stake in Voortman in October 2015, at which point CEO Harry Voortman (who started the company with his brother Bill) stepped aside as more growth-minded managers took the helm.

As Cross relates, when market research revealed that consumers regarded Voortman as a bakery—as opposed to a mere snack brand—the road ahead was clear. “Consumers didn’t see Oreos or Chips Ahoy as being a bakery,” he said. “That that was one place of difference for uAnother was what went into the cookie dough. From their earliest days baking cookies in Burlington, Ontario, the brothers Voortman prided themselves on using high-quality ingredients and traditional Dutch recipes. To capitalize on that reputation, Cross and his R&D team ferreted out the handful of artificial ingredients that had crept into the brand’s 100+ recipes over the years and tossed them out. Now, going forward, “real ingredients” is Voortman’s new positioning (which, in a sense, is really just a return to its original positioning).

This pledge will be front and center on Voortman’s new packaging, on which the word “Bakery” is now prominently positioned after the Voortman name. The brand has kept its tried-and-true Dutch baker mascot, but while the text encircling her used to read “Traditional Family Baking. Quality Guaranteed,” the new slogan is shorter and packs a bigger punch: “Real Ingredients. Really Delicious.” In fact, the adjective “real” gets plenty of exposure on these wrappers—“real whole grain oats,” “real chocolate,” “real almonds,” and so on.

Designed by Sterling Brands, the new packaging also departs from the standard industry practice of oversized, ooey-gooey photos in favor of smaller and more artisanal-looking food shots. Frequently, the namesake ingredient appears alongside the cookie or wafer—such as the sliced bananas artfully dappled among the Banana Wafers. The look is consistent across all of Voortman’s wafers and cookies, including the new line extensions. (For example, coconut, a very popular cookie, has been broadened to include lemon coconut and dark chocolate coconut.)

“We did a lot of research to make sure the packaging … would [impart] the communication we need,” Cross said. “When you hit the store, it’s clear what this brand stands for.”

Even if you don’t hit the store, Voortman is busy reaching out to shoppers (usually mom) via Facebook, Instagram and Twitter—social channels that carry the “no artificial ingredients” message direct to the grocery shopper in the house without the visual interference of other brands that pack the store shelf.

“So far what we’ve seen is the proposition sells itself,” said Cross. “Moms get it really quickly in terms of what stuff they don’t want their kids [to eat].”

The issue, of course, is whether these measures will be enough to get the lift that Voortman’s new owners are looking for. And the central question seems to be: Is an all-natural positioning enough to turn shopper’s heads?

“Unto itself? No,” said Eloy Trevino, a packaged-foods expert and a partner in brand-consulting firm Prophet. “It’s not going to be enough for a center of gravity.”

At the same time, Trevino notes, Voortman is well out in front of a trend that’s affecting the treats category across the board. As a health-conscious public applies growing pressure on the big brands to examine their ingredient lists, Voortman will look good for already having one that’s free of artificial stuff. “Having a cleaner label is not only a place they need to go, it’s a place everybody is going to go,” Trevino said.

What’s more, he added, Voortman already has some advantages, especially its long history as a family-owned bakery. “They have a beautiful package and a brand with a great story,” he said, “If they can tell the story in a way that’s relevant and help mom figure out what occasions and what needs in which she’d want to be a Voortman customer, then it gets a lot easier.”

Cross believes Voortman has a further advantage. For all the changes that the brand’s new owners have brought, they’ve been careful to keep prices in check. A 12-ounce package of Voortman’s coconut cookies sells at Walmart for a mere $2.28. As Cross explains, inexpensive cookies are easy to find—but inexpensive natural ones are not.

“What’s unique about us is we can do [all-natural] at a price point that makes it accessible,” he said. “A lot of brands that have done this are really expensive. Our products are an indulgent taste but it’s also at an accessible price point.”

Finally, Trevino points out that Voortman makes—and has always made—delicious cookies. And in the final analysis, that might be more important than any package redo or clever tweet. “The products are fantastic,” Trevino said, revealing himself to be something of a cookie connoisseur in his life outside the office. “The Voortman vanilla wafer” he added, “is epic.”